What does Bipolar really mean?

You may have heard of the mental health condition: Bipolar disorder.

Or maybe you’ve heard someone say, “Oh, she’s bipolar” to describe someone who has been having mood swings.

However, being bipolar is more than just an adjective for someone who seems happy one minute and upset the next.

Bipolar disorder is a serious mental health condition that should not be taken lightly.

Literally, the word “bipolar” has two parts. The prefix “bi-” means two and the word “polar” refers to extreme ends of a range that are opposite in nature.

It is normal to feel sad sometimes and happy other times. However, someone who is bipolar experiences intense symptoms that interrupt their daily life and can be detrimental to healthy interpersonal relationships. People with bipolar disorder have a hard time regulating their emotions during each episode and cannot simply “be positive” during depression episodes or “calm down” during manic episodes.

Manic episodes are when someone with bipolar disorder experiences extreme happiness.

Some symptoms of a manic episode include:

Depressive episodes are when someone with bipolar disorder feels extreme sadness.

Symptoms for someone with bipolar disorder would include:

There are several categories of bipolar disorder depending on:

Mental health professionals make a diagnosis based on how often someone experiences manic or depressive episodes over a period of time, such as a year, or how intense the manic episodes are compared to one’s depression.

Treatment of Bipolar Disorder usually involves a combination of lifestyle changes and psychotherapy. Intense intervention is needed for people with severe bipolar disorder so that impulsive feelings are not acted upon during manic episodes and self-harm behaviors are not done during depressive episodes.

Treatments can also include group therapy and cognitive behavioral therapy to help people with bipolar find support and understand their cognitive processes.

The meaning of Bipolar

“Being Bipolar” is more than just when someone is being moody, irritable, or upset for a short period of time. Though you may hear the term used lightly, the word bipolar actually means someone who experiences episodes of manic and depression. It is a serious mental health condition and there is help for those who suffer from bipolar disorder.

30 Enjoy Life Quotes From the Most Influential People in History 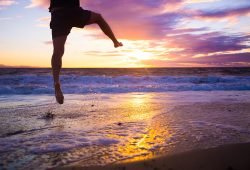 Life is Beautiful Quotes by 20 Celebrities We Love 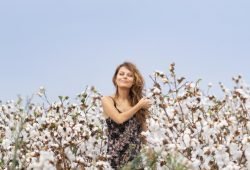