Narcissistic sociopaths. How can you recognize them? 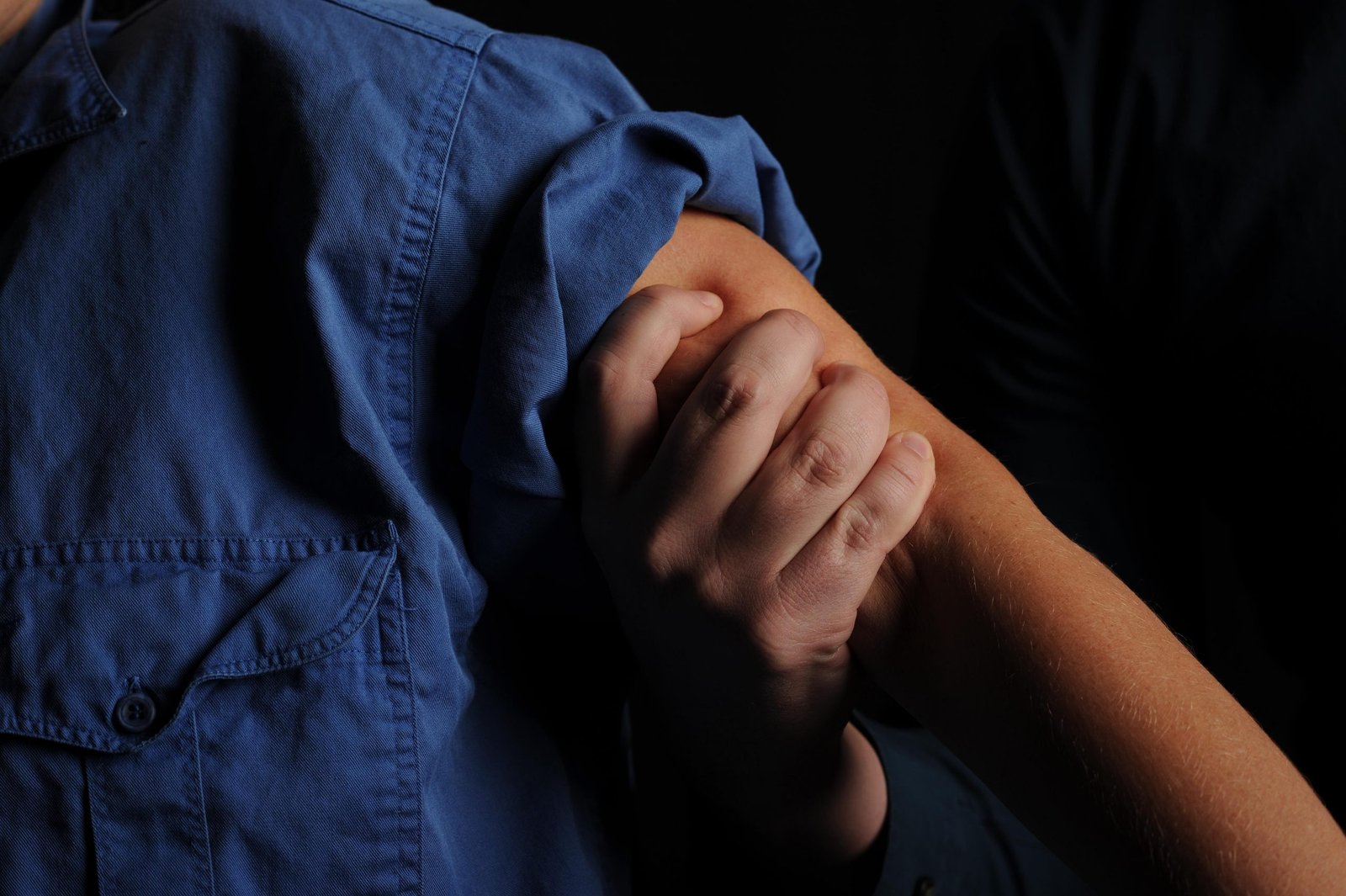 Sometimes they don’t really realize they are doing it. And sometimes it’s because they haven’t recovered their own past traumas and like broken glass, they inflict wounds on others as they live their lives.

If you’re wondering if you’re living with a narcissistic sociopath, here are some tell-tale signs:

What do you do if you realize you’re living with a narcissistic sociopath?

Well, first we have to acknowledge that it is a huge milestone that you are able to recognize they are a narcissistic sociopath and that you are a victim of narcissistic abuse. This is a point many people have yet to arrive in their relationships and labeling it means that your healing can begin.

Second, realize that they have been this way since the very beginning of the relationship. Perhaps they had groomed you to believe otherwise until they showed their true colors. But whether it was obvious or not, your partner was a narcissistic sociopath today and on the day you met them. It is not your fault. You did not cause them to behave this way.

Third, for the whole relationship you felt like the inferior one, now it is time to give yourself the love you deserve. Though you may genuinely love your partner, you are your own individual. Learn to trust yourself, learn to practice self-love, make time for the things that bring you joy. There might be pushback from your narcissistic partner, who is not used to seeing you self-validated. But recognize that you deserve this for your own well-being.

Whether you decide to stay in the relationship or not, living with a narcissistic sociopath means you need to set your own boundaries. And distinguish the differences between their behavior and the way you feel and live in your own life.

Interesting Questions and Answers about Narcissism

What are the red flags of a narcissist?

*In romantic relationships, you can also add love bombing and gaslighting

Who does a narcissist marry?

Narcissists have an avoidant attachment style, and they will naturally feel attracted by persons with an anxious attachment that are insecure and in need of constant approval. These type of personalities are the easiest to manipulate for a narcissist.

Do narcissists have a lot of friends?

For the outside world a narcissist seems to be very social, but once you know the narcissist you’ll notice that he actually has no friends at all. The narcissist only surrounds himself by people that he can use and manipulate to feel better about himself.

How does a narcissist treat his mother?

A narcissist has no empathy and will therefore never be grateful towards their mother. Narcissists were ungrateful children that grew up to be unsatisfied adults. In general, they try to grab all the attention by manipulating their parents and letting them feel guilty about all kind of problems that they create.

How do you make a narcissist miserable?

A narcissist will feel miserable if he notices that you start having your own life and that you don’t need him anymore. There is nothing worse for a narcissist than not to be the center of attention any longer.

What is the most extreme form of narcissism?

The most extreme form of narcissism is malignant narcissism. In this personality type, extreme self-centredness is combined with aggressive and abusive behavior. You recognize them by their lack of self-control and moderation, the fact that they feel no remorse, and their superficiality.

What do narcissists fear the most?

Believe it or not, but the greatest fear of a narcissist is abandonment. Actually, narcissism is not a feeling of superiority but a feeling of inferiority that is translated by toxic compensatory behaviors. If you leave a narcissist, this will be a failure for them because they will have failed to manipulate you, and they stopped being the center of attention.

Does narcissism worsen with age?

Recent studies showed that narcissism, sociopathy, and psychopathy worsen with age, especially after age fifty. Their toxic and destructive behavior will accentuate over time because their sense of control will diminish, which they will try to compensate.

How does a narcissist react when they can’t control you?

Narcissists will use the following tactics to try to regain control:

* They will be angry, so don’t exclude violence

Interesting Questions and Answers about Sociopathy

Sociopaths have a manipulative personality type. People with dealing with antisocial personality disorder are likely to use manipulative techniques like gaslighting to weaken you. The goal is to make you unable to fight back and ultimately fall prey to them.

What makes a sociopath happy?

Sociopaths are very similar to the villains that we see on television. If you combine a weak sense of empathy with the inability to find pleasure in the small things in life, this will lead to a miserable life. So, in order to feel less miserable, they will find happiness in making your life even more miserable. The sociopath will feel better of this way, not caring about the consequences.

Sociopaths love their own way, in other words, they love with limited emotions. But, because they lived an entire life being aware of their difference, they became masters at faking the emotions they lack. So, you will think the sociopath loves you back like you love him, and unfortunately that will never be the case, always resulting in you ending up hurt and he feeling no remorse.

Sociopaths love the vulnerable and obedient characteristics of animals. They specially love dogs for their loyalty. But because a sociopath has very little empathy, it will be difficult for him to pet an animal, often leading to cruelty. Knowing this, the right answer would be that in theory sociopaths, as their empathy is repressed, can love animals, unlike psychopaths who lack any form of empathy.

Sociopaths love to argue, by arguing you will stir up their anger and comfort them in their view that it is them against the hostile world. As a sociopath will not know when to stop and will have no consideration for your feelings at all, he will likely feel great joy while crushing you in arguments. It’s like fighting an uneven battle.

Can sociopaths be nice?

Of course, they can. Being nice forms part of the very best manipulation techniques like love bombing. If the question is if sociopaths can be genuinely nice, the answer is definitely “no”, because they lack the emotions needed in order to have the willingness to be nice in a truthful way.

Yes, it would be a contradictio in terminis to say that someone dealing with antisocial personality disorder is social. So, per definition sociopaths are loners, not because of their inability to make friends but rather because they like to be alone.

Why do sociopaths play mind games?

Mind games are a form a psychological warfare. Using manipulation tactics, they are able to undermine your self-esteem in order to make you easier to control.

Do sociopaths get jealous?

Yes, sociopaths can get jealous. However, sociopaths don’t get jealous because they love you, but because they don’t want to lose the little puppet that they own. Beware, when they get jealous it can be very difficult for them to control their anger, and combined with their lack of empathy you can get yourself into a life-threatening situation very quickly.

How does a sociopath react to a breakup?

They will not feel the same emotions as you do, so don’t think that they will be left heartbroken. They will be angry, because they don’t have you under their control any more. The immediate reaction will be the use of manipulation techniques to get you back under their control. Never forget that faking indifference is a manipulation technique, so it is not because they ignore you during the weeks following the breakup that you got rid of them.

What does a sociopath want in a relationship?

The favourite pet of sociopaths is a dog because they are submissive, loyal, and easy to manipulate. A sociopath looks for the same characteristics in their relationships, they basically want a puppet.

What makes someone a narcissistic sociopath?

Traits that NPD and APD have in common are:

Carlson E.N., Vazire S, Oltmanns T.F. (2011). You probably think this paper’s about you: narcissists’ perceptions of their personality and reputation. Journal of Personality and Social Psychology,101, 1, 185-201.

Related article: What is Traumatic Bonding?

Verywellmind.com: How to Spot a Narcissistic Sociopath?

Psychcentral.com: 7 Warning Signs a Narcissistic Sociopath Is Exploiting You

Betterhelp.com: The Difference Between a Sociopath and a Narcissistic Sociopath